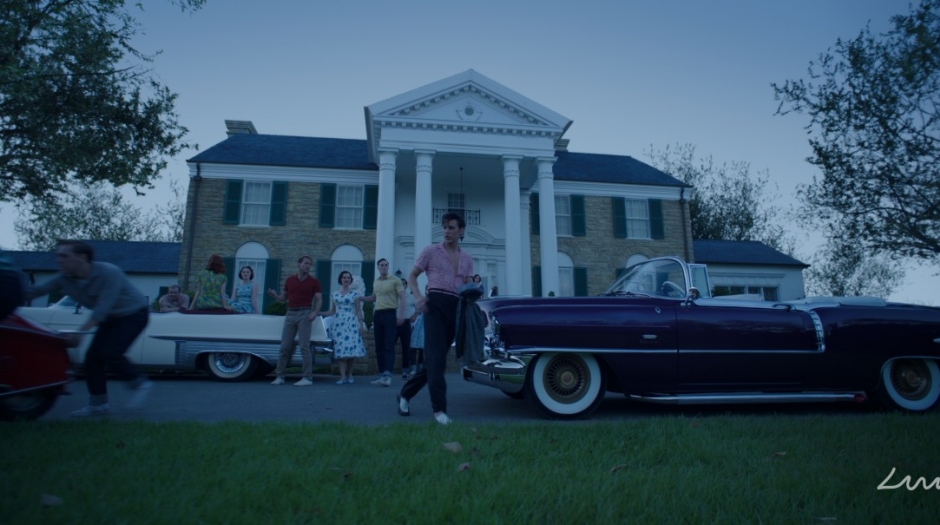 Cultural icon Elvis Presley gets the biographical treatment from filmmaker Baz Luhrmann in Warner Bros. drama. Pictures, Elvis, which is told from the perspective of his controversial manager, Colonel Tom Parker. Luma Pictures’ art department helped with the production preview, while VFX artists delivered approximately 100 shots, focusing on the depiction of the Graceland Estate across three decades and different seasons, and recreating the famous Hollywood sign located in the Hollywood Hills of California.

Just as Presley was known for his showmanship, Luhrmann earned a reputation for creating cinematic spectacles and Elvis was no different. “If Baz or [Production VFX Supervisor] Tom Wood had an idea, Tom would email the references they were reviewing together,” says compositing supervisor Adam Hammond. “Tom was like, ‘This is what we look at and this is how we want it to look.’ It wasn’t for us to guess or have to make two or three different versions and send them to choose from, and that really helped, especially when we were moving away from realism.

“We always try to balance Baz’s vision, with things that are vibrant and colorful, but also grounded in reality,” he continues. “A lot of that was done in composition and it was an interesting dynamic. The ratings we get from a director like Baz are quite different from the ratings you get from other clients. Because of the subject matter and [this particular] director, there was a sense of fun and creativity even though we were creating reality.

Portraying the famous Graceland property over several decades presented an interesting challenge: getting inside the mind of the director. “After receiving the brief, I thought the main thing was to fix and fix the problems,” notes Giorgio Iovino, visual effects art director. “How can we visualize that because we have three decades and places that really exist. Everyone knows Graceland, so we had to be specific and consistent with reality, but at the same time try to explore it from different manners and approaches that matched Baz’s vision. It was all reality-based. “Our approach was to start with photogrammetry and create keyframes of a larger shot so we could get a vision of the coverage. We wanted to avoid as many iterations as possible. Even environmental degradation, like what kinds of trees do we have? We’ve built a plan for everyone to understand. For Iovino, the production methodology is always determined by how quickly something needs to be transformed. “Generally, I always like to start with a 3D base for precision and lighting reasons. In my previous life I was an environmental matte painter and that’s why I have a style of photogrammetry because it has to be photorealistic. We have to break down reality for it to work. 3D is the key to having a solid base. You can paint if you need to be quick. Now, with new software tools, working in 3D is fast.

The seasons were used to help delineate the different decades. “We see Graceland for the first time when Elvis drives his pink Cadillac to his new home to show off his mother and father; it was winter in the early 1950s,” Hammond remarks. “Graceland is a farm and a rundown, but it’s also winter so there are no leaves on the trees. It was a different look than what we see in the 1970s when it’s summer, the trees are a lot more lush and grown, Elvis has worked the land, there are extra fences and rooms on the home. Even small things like window shutters. Playing on these shots, the time and time of year helped make them all very different.

Everything except the first row of bricks and windows in the front of the Graceland house was built in CG. “We had a DMP for the sky and did a lot of paintwork to fix some things,” Hammond continues. “The whole had to be integrated and give the impression of being lived in brick and concrete. There were a lot of little details. Things you’d be hard pressed to notice that were painstakingly done by the paint department. Shadows of things we added like figures in the grass. There were also things we had to remove like pieces of rigging and tracks in the weeds. In a few shots, vehicles could be seen driving on the grass.

Photogrammetry was used for the digital matte paintings of the Hollywood environment backgrounds, which were created in CG, different from how the skies of Graceland were created. “One of our supervisors in Los Angeles drove up to the Hollywood Hills and stood where this footage is taking place and took pictures of everything,” Hammond remarks. “He took into account the time of day and did a lot of texture reference for the CG that we had to do. It was a huge panorama that we had to bring to life with DMP in compositing; [photogrammetry] was invaluable in giving us an idea of ​​the place. We had to increase it because we had photos of Los Angeles in 2021 as opposed to 1968, so there were changes in the skyline. The photos came to life in the compositing because we wanted to see the lights, movement, traffic and 2D smoke elements to add depth. A CG environment was created for the shot facing the Hollywood Hills as the camera pans back to reveal the full Hollywood sign.

Something new for Luma Pictures was using Unreal Engine in the layout process. “The art department has fleshed out key angles of Graceland’s appearance over the various decades and seasons,” says Hammond. “To get all of these trees and fences laid out properly and approved, one of the things we solved was using the Unreal Engine. The layout team mapped out everything, we’d be doing quick Playblasts in Unreal, and they were sent to Tom for approval. Baz likes to have every frame perfect so that there is art direction to the placement of the tree based on the angles. In order to quickly respond to these notes, we used Unreal. performed by plan in Unreal corresponded.

Capturing reality itself was the biggest design challenge, like placing the trees in their actual location, Iovino shares, “just to mimic and be consistent with such an iconic location, and to make it accurate and believable over the decades. “.

Fortunately, the reference documents were not lacking. “It’s great to work on a project like this because a lot of the things we see are [based on] actual events,” Hammond remarks. “There’s a sequence where they’re rehearsing for a show in the mid-1950s and Elvis is talking to Tom Parker. We did the environments seen from those windows, but you can see pictures of Elvis in that room. I think what Baz was trying to create was a vibe of how he felt at the time and using these photos of Elvis sitting on the steps of Graceland in the 1950s, 1960s and 1970s where you can see the changes in him and also in house, just having a sense of that era, it was invaluable to have those references, but at the same time, working with Baz, he has to amplify everything.