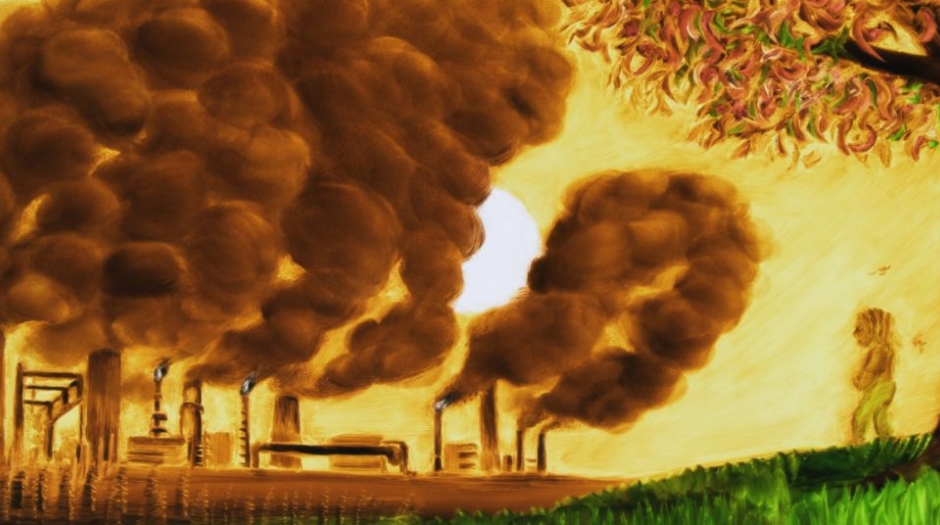 “Only a Child”: Powerful Reflections on Three Decades of Environmental Inaction

In 1992, 12-year-old Severn Cullis-Suzuki gave a speech at the United Nations Summit in Rio de Janeiro, in which she spoke about environmental issues from the perspective of a young person. The video became a viral hit and Cullis-Suzuki became known as “the girl who silenced the world for five minutes”. 30 years later, we continue to face life-threatening environmental crises, including climate change; and, 30 years later, not enough is being done to preserve our species and our planet.

In the irresistible only one childmore than 20 animation directors under the artistic direction of director Simone Giampaolo revisit this historic speech, giving shape and color to the original words spoken in 1992. Each artist involved in the creation of the short film used their own style and their own technique to bring a segment of The Cullis-Suzuki Speech to life: stop-motion, CGI, traditional 2D, cutouts, sand animation, glass painting, and more.

only one child has been selected by over 100 festivals around the world, winning numerous prestigious awards and was shortlisted for the Oscar for Best Animated Short Film.

In an interview conducted by e-mail, Giampaolo spoke about the origin, financing and production of the film.

But first, take a moment to watch the film, available until February 8 on KIS KIS Keep It Short! Youtube channel:

AWN: What was the genesis of the project and how did you get involved?

Simone Giampaolo: I came across Severn Cullis-Suzuki’s speech about four years ago (before the climate strike movement and Greta Thunberg became a global phenomenon) and immediately felt the need to adapt it into a movie. animation. I contacted Severn, who was very interested, and got her official permission and blessing to use her speech. After that, I presented the idea to Amka Films, a production company based in Italian Switzerland, where I come from. Amka producers Gabriella de Gara Bucciarelli and Tiziana Soudani (who sadly passed away in 2020) were enthusiastic about the proposal and agreed to help raise funds for the project.

It was a project close to my heart not only because of the theme, but also because since I started working in animation, I had always dreamed of making an ambitious film that could combine all the techniques existing animations. When pre-production started on only one child in 2019, I immediately saw an opportunity for this to finally happen.

AWN: How were the directors selected?

OS: The film received funding from Swiss television and the Swiss government, which meant that most of the crew had to be Swiss or located in Switzerland, although we had a few exceptions. Selecting the team from so many talented independent artists was a real challenge and took a lot of time. In the end, I was very happy with the diverse group we were able to put together. Interacting with artists who use so many different animation techniques has been an incredible learning opportunity for me.

In assembly only one child“The Dream Team” of , I did my best to give equal weight and importance to each animation technique. The artists were selected for their skills, of course, but also for their unique visual style and individual abilities. It goes without saying that finding a digital 2D animator was much easier than finding a sand or glass painting artist!

AWN: How was the production process?

OS: We started fundraising for the film in early 2019. The actual production started in the second half of that year and lasted more or less a year in total. Executive Producer, Ursula Ulmi, and I planned to do all production remotely, even before COVID hit. As the teams were scattered across different cities – and countries, the decision to use chat, video calls and email to communicate seemed the most practical and logical.

The production pipeline was arguably the easiest part of the project, since nearly every artist was tasked with designing, animating, and completing their own segment without sharing files with other departments. There were a few exceptions, however, where multiple artists had to collaborate and work together in order to achieve a certain transition and/or a particular visual style).

AWN: What were the biggest challenges in making the film?

OS: Managing everyone’s time and setting up individual calls for feedback sessions – alongside my daily work in London – was the hardest part of the project. For several months, I found myself having meetings to only one child every lunch break, not to mention evenings and weekends. Luckily for me, Ursula was an excellent online producer, who was invaluable throughout this process.

Otherwise, the biggest challenge was dividing the budget into 20 different sub-budgets, one for each segment of the film, keeping in mind the different pipelines and workflows required by each animation technique. Working with so many different independent artists forced me to become extremely flexible and open to experimentation. As a director, my main challenge was to give each animator as much artistic freedom as possible, while keeping a common thread throughout the visual narrative. 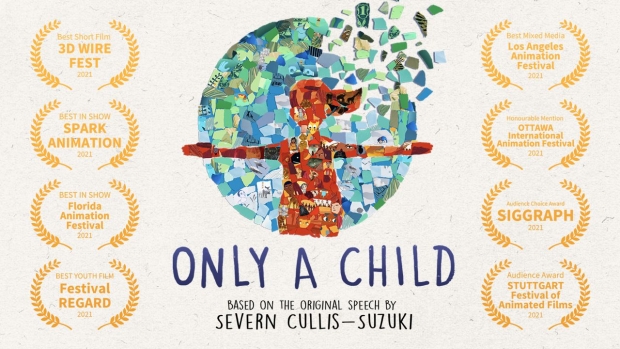 AWN: Ideally, what do you want the audience to take away from the film?

OS: I would like if only one child caused the audience to reflect on the lack of environmental action taken by governments of nations. It’s been 30 years since Severn gave his speech at the UN summit. Could we have done more? Of course, but pointing fingers now will not help us solve the crises we face. Only acting as soon as possible will do that.

Jon Hofferman is a freelance writer and editor based in Los Angeles. He is also the creator of the Classical Composers Poster, an educational and decorative music timeline that makes a wonderful gift.